Since its introduction to the fashion world in the early 1900s, the zipper has become one of the most common fastening items, up there with the button. Often taking for granted, we use it every day without noticing its significance, let alone its history.

But the zipper was a phenomenon, a game-changer back when its first founded. Not only for its functionality to simplify fastening process dramatically, but also for adding another dimension to the fashion design itself, giving accents in a non-functional ways.

Check your closet, most certainly you have fashion items that utilize zippers as fashion details.

A Rocky Beginning
The zipper’s early days were as smooth as how it zipped. In fact, in its humble beginnings, it was deemed to be a failure by the so-called “experts” of the era. In 1893, American inventor Whitcomb Judson brought a design similar to the zipper we know nowadays to the Chicago World Fair, generating very little interest for it. 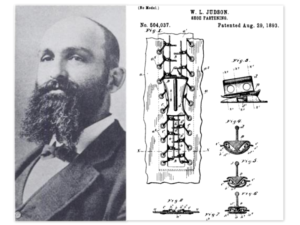 It wasn’t until the early 1900s that the zipper gained worldwide recognition. In 1914, Gideon Sundback improved the design and got a game-changing deal with B.F. Goodrich Company, a huge boots manufacturer at the time. The usage of Gideon’s fastener on the boot gained worldwide attention, and in fact, it was B.F. Goodrich Company that brought the name “zipper”, the name that got stuck until this day. 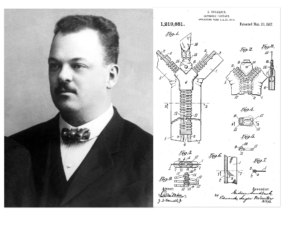 In 1937, a debate deemed “Battle of the Fly” was conducted to determine whether buttons and zippers were the better choices for men’s trousers. The zipper won, kick-starting the endorsement of French fashion designers for the fashion zipper, praising it as the newest tailoring idea for men back then.

Tipping Point
Zippers rose in both popularity and efficiency since then, and it was utilized in many more fashion items besides just boots and trousers. Zippers became the main fastening choice for women’s dresses, especially with the introduction of the invisible zipper. In the 1940s and 1950s, the usage of zipper shifted from a pure functionality to a design detailing piece. Zippers were utilized on sleeves, necklines, fronts of dresses, and no longer hidden inside a side-seam. Then the fashion trend for a bolder, fiercer women’s fashion called for bold accents and details, and the fashion zipper played its part.

Zippers are often used to accentuate a sort of hardware and metallic filling to an otherwise feminine design, or to emphasize the masculinity in the design even more, like what we often seen on leather jackets. In women’s fashion, we can see zippers on pockets and unusual areas add a more masculine, metallic structure. The fashion zipper can also act as a center point, giving an eye-catching effect to a fashion item. As an example, a fashion zipper on the back of the dress can accentuate a sexy nuance to an ordinary dress or pencil skirt, giving it a unique appeal. Women’s pants also often utilize fashion zippers on the front pockets or ankles to make a strong fashion statement.

End Words
Every piece of fashion should have its own uniqueness in character, design, and feel. Tiny details, like how the fashion zipper often fill the void, can bring out that character in a huge way, enhancing an otherwise ordinary fashion item to a unique, distinct piece. Starting out as a functional item, the zipper has undergone a major transformation to be an expressive design tool that turns the tides of the fashion industry.