Gearing up for Fashion Week across the four fashion cities (New York, London, Milan, and Paris) can be a big deal. The few weeks before the shows start typically brings a lot of pressure and last minute attention to details. Even though it will be the summer vacation in most parts of the world, for designers it is crunch time. Most will be clocking in hundreds of hours in their studios this month just to put the finishing touches on their collection, while some designers will want to throw out the entire collection all together. But after the indecisions and flurry of activities, Fashion Week planning always falls into place at the end.

This year, the events will be taking place from September 8th to October 5th in the four major fashion cities. The countdown is officially on! As the schedules for New York, London, Milan and Paris unfolds, we see fashion houses scrambling to be part of 2016’s fall Fashion Week.

Below is the schedule of the upcoming Fashion Weeks in Fall 2016: 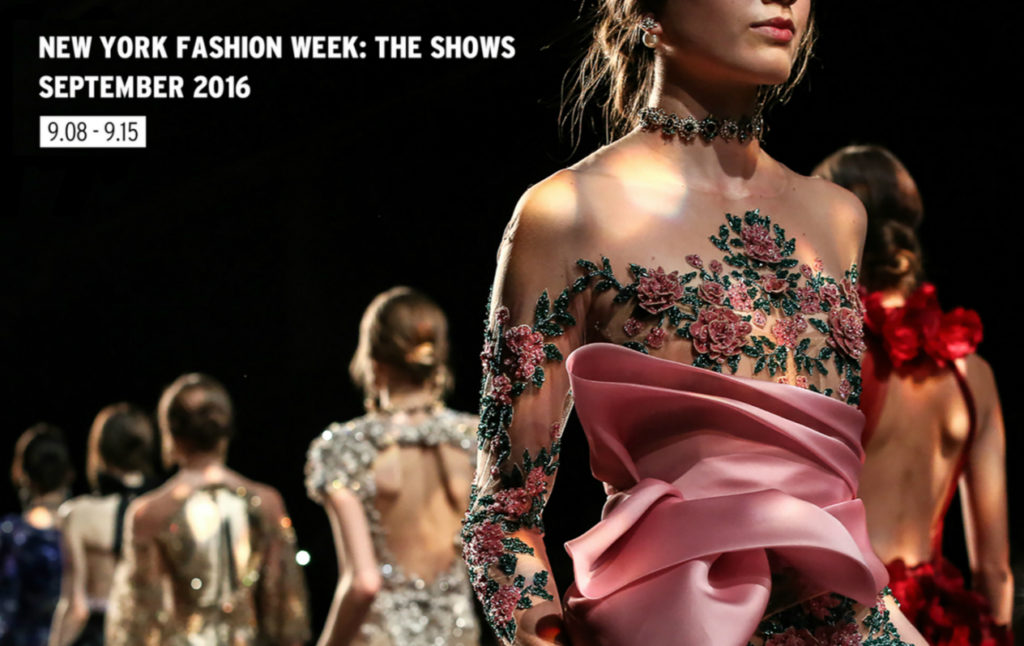 As one of the world’s greatest fashion capitals, New York Fashion Week brings designer flagships, luxurious boutiques and fashion emporiums offering stylish goods to your feet. Runway shows start off the theatrical grandeur, exhibitions, exclusive collaborations, store openings, and sample sales are also on offer. High-end fashion is more available here than it is anywhere else in the world; with several free shows available to the public.

The New York Fashion Week this Fall will see several NY designers and live Fashion shows featuring the latest trends in the fashion industry. Most of the events at the NYFW can be seen online including Betsey Johnson’s killer collection, which is a hot favorite because as her shows are always fabulous to watch every season.

London Fashion Week
The London Fashion Week is aimed at displaying the best British designers. It will be held this fall from 16th to 20th September, and is for merchandisers and people who buy on behalf of designer boutiques worldwide.

London Fashion Week 2016 will be flooded with stylish events, although most of these events aren’t open to the public – unless you’re Naomi Campbell, you are not getting in. So for the simple trendsetters, there’s still a lot on the LFW agenda like the London Fashion Weekend.

Directly after the London Fashion Week, a four-day event will be held for the public, and this includes a series of fashion events called the London Fashion Weekend. Attending this four-day event will give you exclusive access to buy from the designer collections, watch the runway shows by your favorite designers and be among the first to see the fashion trends for the fall season. This is the only event that gives you access to the industry as a fashion insider.

Milan Fashion Week
Milan Fashion Week for the upcoming Fall 2016 collection starts on the 21st of September. It will include numerous collections and runway shows! Noteworthy participants include Italian and international designers like Prada, Gucci, Moschino, Versace, Salvatore Ferragamo as well as emerging designers and fashion houses. Some will have more than one show each! 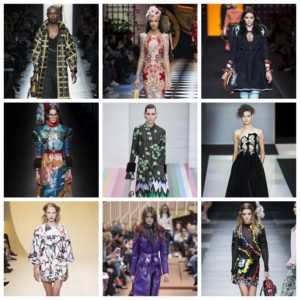 During the September Fashion Week, the Milan’s cobbled streets will be converted into catwalks, packed with VIPs and fashionistas from all over the world. The numerous runway shows go on for days, so there’s plenty of opportunities to get a close-up with your favorite designers.

From the Milan highlights, you will see that minimalism has gone out the window and has been replaced with flamboyant designs, vibrant colors, and glitter galore. The designers at the Milan Fashion Week will be making it clear that the simplicity in fashion is no longer acceptable.

Apart from the regular showrooms and studios, many of its fashion events will be held at historic, outdoor locations—like the Arco Della Pace, the Castello Sforzesco, and the Piazza Duomo. These outdoor fashion runways will offer more appreciation of Milan’s fashion history. It will also provide the much needed extra space, which will give the general public an opportunity to get involved in the show. To be a part of this Fall season event, register at the National Chamber of Italian Fashion; they are the organizers of the Milan Fashion Week.

Paris Fashion Week
The last but not the least is the Paris Fashion Week. Overlapping into October, this is a much-anticipated event and the season finale of the “Big 4.” Held mainly at the Carrousel du Louvre, the fashion event is truly the principal event that dictates what the fashion world will be wearing. 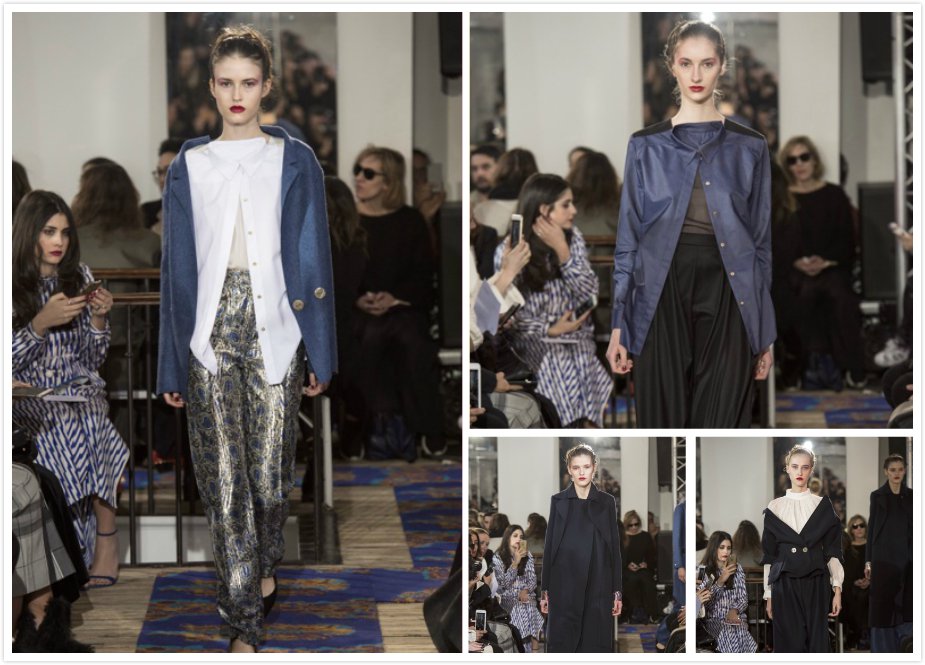 The Paris Fashion Week for 2016’s Fall season will be starting from the 27th of September to the 5th of October, it is the most awaited Fashion Week of all four. While all the other Fashion Weeks are truly remarkable, Paris Fashion Week is seen by most as “the best of the best,” and this is because Paris is regarded as the epicenter of the fashion world for most of the history of fashion itself.

The Paris fashion scene has been ruling the fashion industry worldwide for over three centuries. And in this time it has been made the home of major designers, earning Paris the sense of style that everyone has come to expect. Even after three decades, the best designers in the world are still operating from Paris. It is currently the home of major labels like Louis Vuitton, Givenchy, Lavin, etc.

Some of the popular labels that you will see at this year’s show are Chanel, Louis Vuitton, Lanvin, Balenciaga, Christian Dior, Nina Ricci and many others. Also, you will find several upcoming and less-known brands with amazing fashion collections worth blogging and talking about.

Fashion Week steers up a lot of anticipation, speculation and debate. This September, the Paris shows will feature a lot of strong fashion voices and creativity coupled with emotion. The surge of excitement can already be felt as new Paris-based designers sway the fashion scene.

Social media live stream videos are now a MUST for Fall Fashion Week
In 2016’s Fall Fashion Week, designers will showcase their Fall collections to the fashion world. The insights to seasonal collections have become more accessible than it was before. Nowadays, with the power of technology, social media applications like Instagram, Periscope, and Snapchat, have made it possible for international participants to get access to Fashion Week updates instantly.

Also, the use of broadcasting apps will continue to grow, and come September expect to see more fashion apps broadcasting Fashion Week events. Bloggers and media trolls will be using smartphones and all kinds of mobile devices from front rows as was seen in recent shows.

Conclusion
This year, the Fall Fashion Week is a MUST for every fashion house worth its salt. It is an opportunity to gauge the fashion world’s response to a new collection and generally sets the pace for designers and boutique buyers. If you are an aspiring blogger, editor or fashion trendsetter, you should also keep up to date on the events at the show. Most press officials and buyers contact the fashion houses directly for tickets to these shows. Registration is usually opened a few weeks before the Fashion Week, so get in line. Several thousands of people apply, and just a few are accepted, and this is expected, as the Fashion Week has been known to make or break careers.
Save