A two way zipper, also called as a double or a dual, is a zipper made out of plastic or metal that can be closed or opened in two opposite directions at the same time. The stops can be located at any point along the zipper but they’re usually found at the ends especially in items like bags and luggage.

For clothing, two way zippers are commonly incorporated into pieces that have long closures. So, while it’s unlikely that you’ll ever find a two way zipper on a skirt or a pair of slacks for example, you are bound to find them on outwear like jackets and coats. 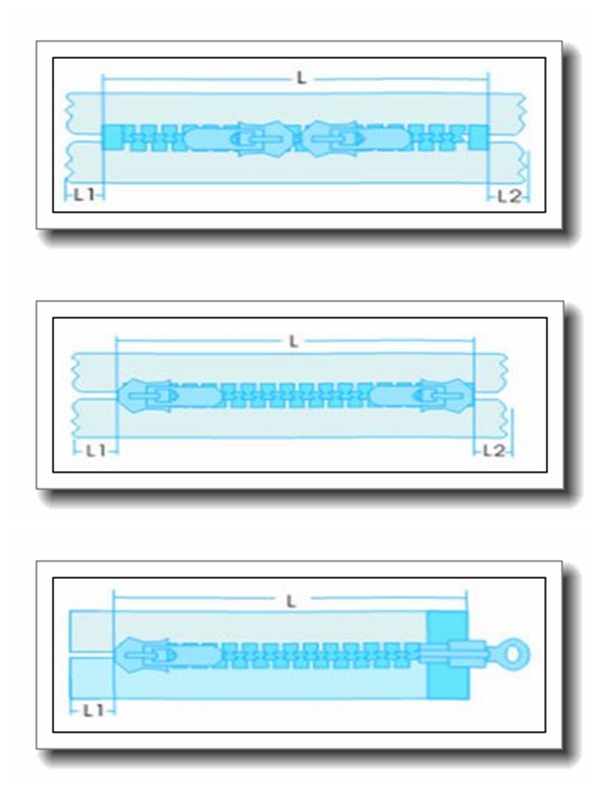 1.Two-way Head to Head Zippers
As the name suggests, two way head to head zippers have sliders that are in contact with each other when the zipper is closed. Opening this kind of zipper involves pulling the two sliders AWAY from each other and towards the stops located at both ends of the tape.

2.Two-way Tail to Tail Zippers
Also called as back to back zippers, two way tail to tail zippers are the complete opposite of two way head to head zippers. The two sliders are located at the opposite ends of the tape when the zipper is closed. Instead of pulling the two sliders AWAY from each other, you need to pull them TOWARDS each other to open the zipper.

3.Two-way Separating Zippers
This kind of two way zipper isn’t named after the orientation of the sliders. It’s named as such because the zipper has separated ends; one of the sliders (usually the one located on the bottom) allows the zipper to be separated.

Benefits of Two way Zippers
So, why exactly would anyone need two way zippers? They do have the same function as normal zippers, don’t they?